Aizu lies northeast of Tokyo, about three hours away by train.
It abounds in nature and has four distinctively colored seasons, but it is also the birthplace of Aizu lacquerware － traditional lacquerware craft with a history of more than 400 years.
In 2006, a movement occurred in the world of Aizu lacquerware.
It was "BITOWA", a new brand born out of the fusion between traditional techniques and modern sensibility.

Presently, "BITOWA" is working in a new direction: "Omotenashi Lifestyle", 'Omotenashi' being the Japanese style of hospitality.
We highlight "Urushi"(Japanese natural lacquer) which is the origin of Aizu lacquerware,while also collaborating with artisans in glassware, porcelain,etc.

Please enjoy the elegance of "BITOWA", where beauty is not just Japanese, but universal. 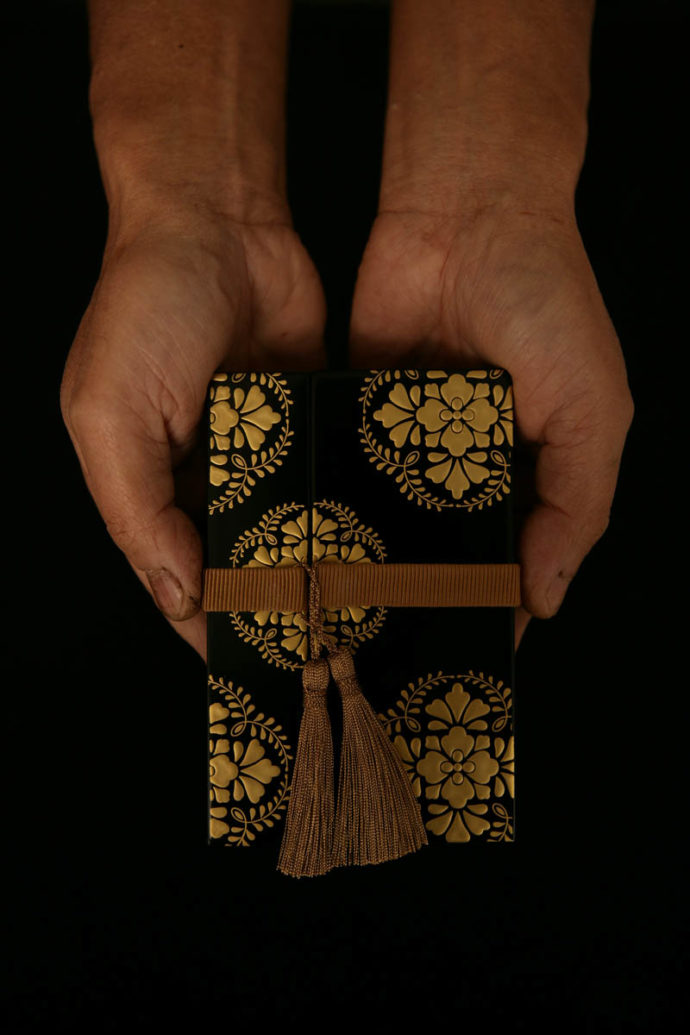 Aizu Wakamatsu City is located in Fukushima Prefecture in the northern region of Japan. Natural beauty featuring Mt. Bandai and Lake Inawashiro surrounds the city, which is blessed with four highly varied seasons, each with their own colors.
The origin of lacquerware manufacture in the Aizu area dates back to 1590. Gamo Ujisato, the lord of Aizu at that time, encouraged the development of lacquerware making in his fief.
Unfortunately, internal struggles in 1868-1869, which marked the end of the Tokugawa Era（1603-1867）and the coming of the Meiji Era（1868-1912）, heavily damaged the city and the industry. By the 1890s however, the city had recovered and become noted for its lacquerware industry, the fame and tradition of which continue into the present.

Looking at the future, the Aizu lacquerware industry has entered a period where a new wind of change is blowing, reflecting new needs. The skills of the industry, developed and polished over 400 years, are now being combined with new designs involving a modern sensibility. We find ourselves facing the challenge of new creative approaches.

Connecting the Hearts and Hands
of the Urushi Artisan

Work carried out by human hands possesses a special warm and beautiful character.For each part of the process in making Aizu lacquerware, there is a specialized artisan. The artisan called “sowashi” assembles flat wood pieces to make boxes or trays that become the body of lacquerware. The “kijishi” does the same, but he makes round containers such as bowls by using a lathe. The “itamono-nurishi” applies lacquer only to flat parts such as a boxes or trays, the “marumono-nurishi” does this for round containers. The artisan who finally makes DÉCORative motifs on the coated surface is called “makie shi”. They create excellent piece of work through their dialog with the material, never opposing nature and time. Three special features of the Aizu lacquerware are as follows. With “hana-nuri”, lacquer that contains special oil is used, in order to create a gloss on the surface of the lacquerware. “Chinkin” is the technique that the surface is engraved with a fine-edged knife, then gold leaf and lacquer are embedded into the groove. “Taka-makie” is a high relief DÉCORation technique, which involves building up designs and patterns using two or more layers of lacquer. Thus, each piece of lacquerware is the product of the hands and hearts of many different artisans working together.

SOMA DESIGN began various visual direction and design activities，including fashion，graphics，sound，products，packaging and video，in 2006 ied by Tamae Hirokawa and Takeshi Fukui．Hirokawa also launched her own fashion brand "SOMARTA" announcing a collection of bodyware called the "Skin" with the concept of "the ultimate potential of clothing for the human body"．While SOMA DESIGN has taken care of show production and art direction for the brand，She has concentrated her efforts on establishing an original and mystic interpretation of the world epitomised by the brand．
www.somadesign.jp